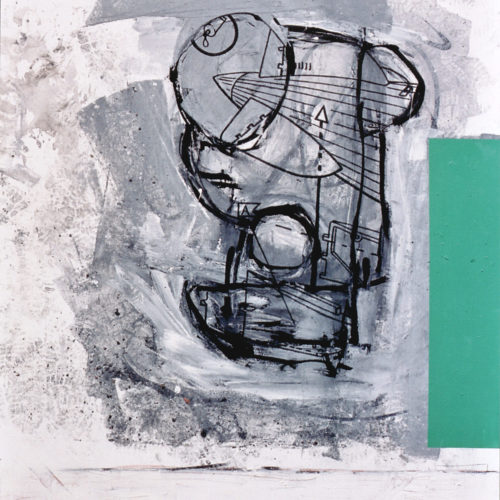 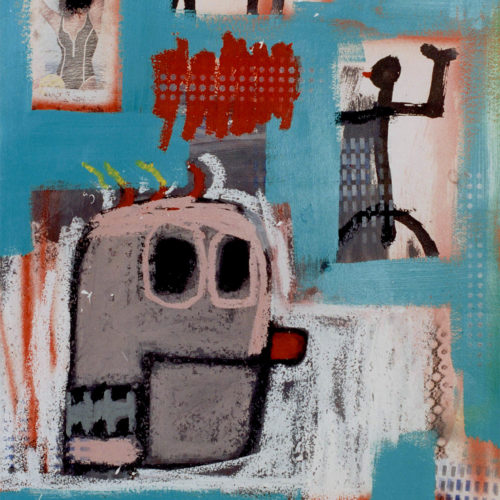 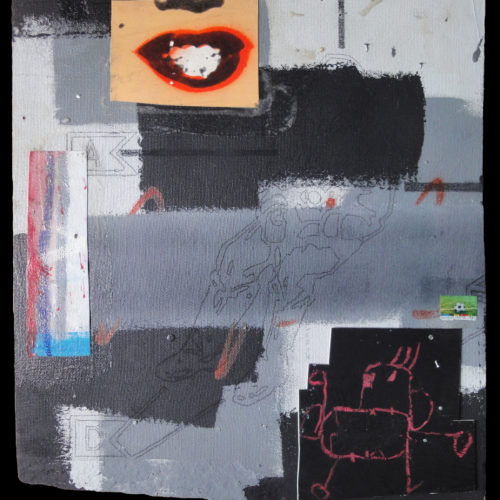 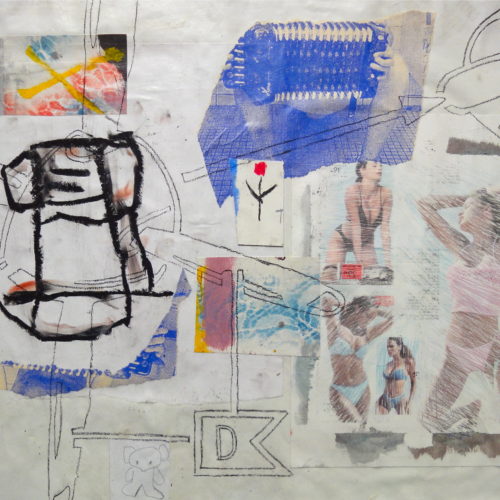 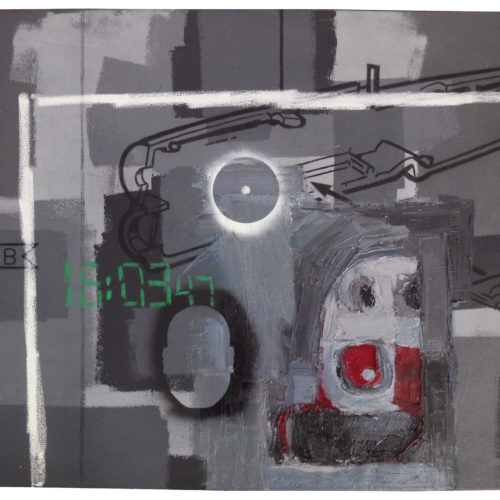 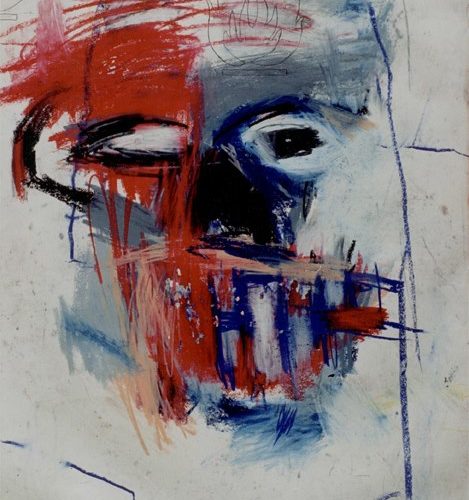 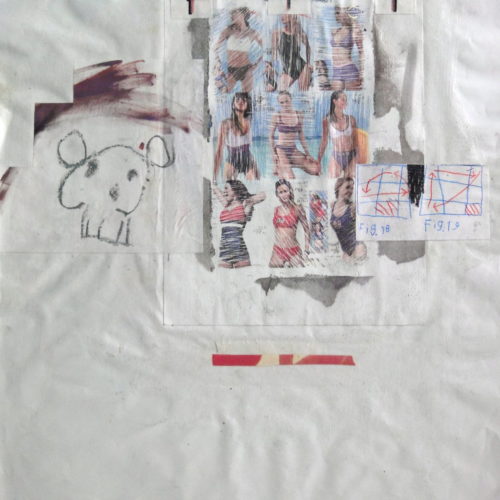 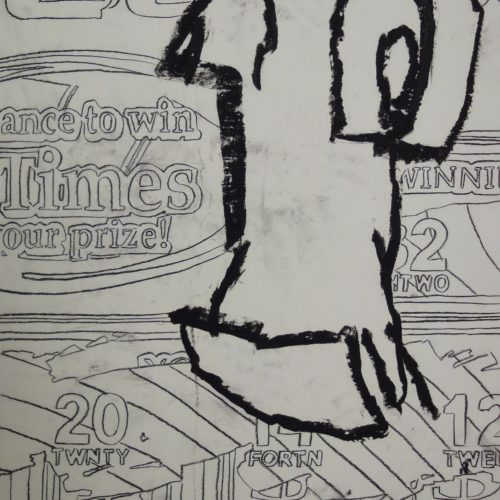 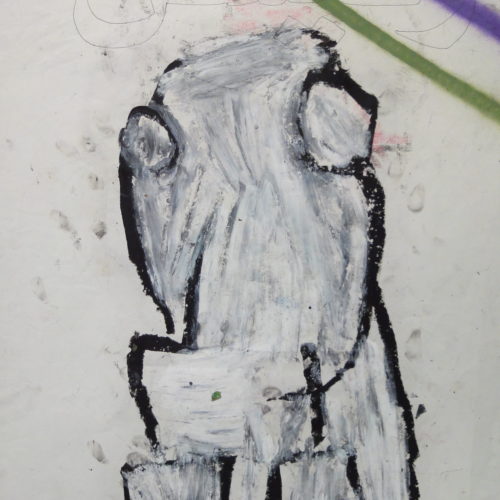 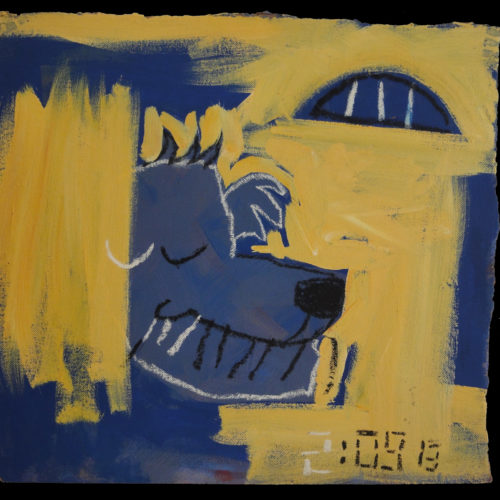 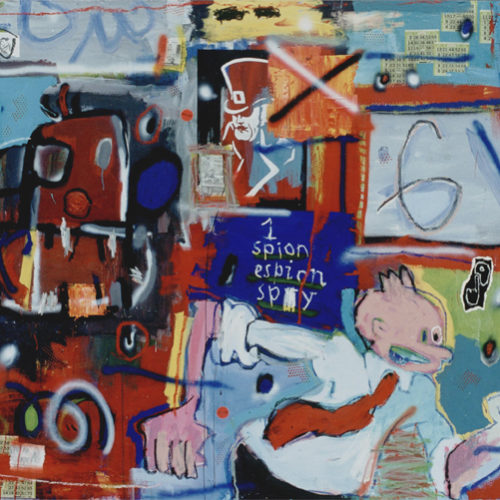 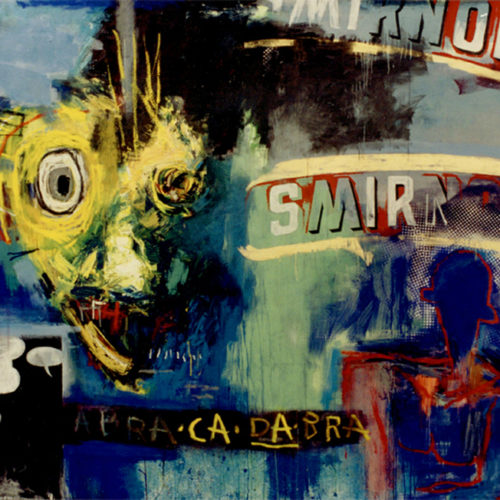 Prices include VAT and transport costs within the Netherlands. The works can be framed on request at cost price. Income from the art gallery will exclusively be used for the realization of the feature film ‘Jildau‘. feddehoekstra.org is looking for relevant places to exhibit this work. For more information about a specific work or what we have in stock, please contact us via info@feddehoekstra.org.

A pentaptych containing experimental making-of films about the exhibition STYLEBR E-UKELING at gallery Sign in 2003.

The theme of the exhibition was: solitary consciousness. Hence the association with deserted islands, palms, shipwreck and debris to make a raft or painting. Although it is eclectic stuff, Hoekstra did label the work as post-ironic at the time because he was looking for authentic and honest expressions. The artist plays with language in his work and for the title of the exhibition he invented the word STYLEBR E-UKELING: ‘changes in style’ x ‘castaway’ in a mix of Dutch and English.

Fedde filmed the process of making the works at his studio, an old abandoned cinema in Groningen, The Netherlands. You will also see the opening of the exhibition, a sticker campaign in the city and a ‘Gothic Clown’, an alter ego of the artist. These films have been edited in 2019 by artist Jelte van Lente.